The paint was pretty good, but it had some bad spots on it so I had it repainted 3 years ago.

The 383 has been bored 30, with a 509 purple cam; the engine has a 750 Holley on top of a Edelbrock Performer RPM. MSD Ignition, Headman Headers, Taylor wires accompany the engine's stock closed chamber heads.

The interior holds a bench seat, has VDO tach, Auto Meter gauges and a factory AM radio with rear speaker reverb: sounds good if you can find a station!!! (I put a stereo in the glove box, with the speakers under the seat. My girl friend likes it when there's a lot of bass..HA!)

The car has been to Columbus Classic two times, and the Nats. in Columbus one time, last year. I drove it there from Shelbyville, Indiana, about a 31/2 drive, with the 391s.

You have a great site, KEEP UP THE GOOD WORK!!!

I have made some changes since July. I put 2 Edelbrock 600 on the car, but they will be coming off soon. They just don't make a good dual quad intake for a 383; (this is an old Offy that's on it). The car runs much better, and with a lot more torque with the single Edelbrock RPM intake. 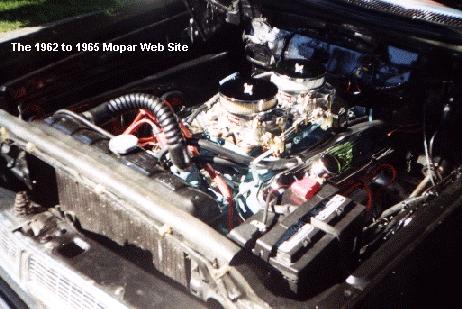 It looks good with the two fours, but I would rather have the performance! 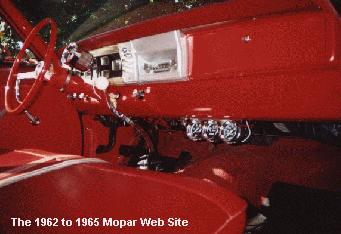 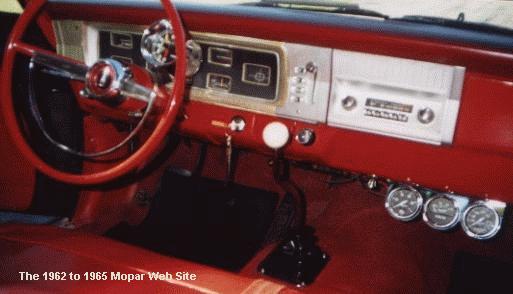 The little knob on the left side of the gauges is my factory reverb switch. 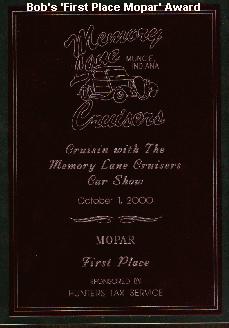 Your Plymouth certainly is a great Mopar. The man you bought it from would be very proud as you continue to appreciate the beauty and power of a 1965 Plymouth B Body!

And thanks for the good web site review. Mopar guys like you are one key reason I keep this web site rolling along! :-)

RE Update: Congratulations on the First Place Mopar trophy! Those '70 Mopars are okay, but no match for the style and power of your 1965.