Today when I was out getting some things at my local Ace Hardware, I came outside and saw this stunning early 60's Dodge. I walked up to the guy to compliment him on the staggering condition of the car. He responded by saying: Do you want to buy it? I said, Yeah!!! 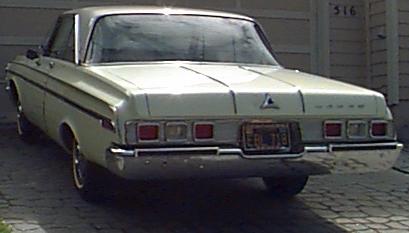 Turns out the car belonged to his just recently deceased ( last couple of weeks ) mother, may she rest in peace. She was the original owner. She lived in the Central Valley of California. Car has been garaged since new. Dearly departed Mom was unable to drive for the last 20 years due to failing health, but since the car was her baby she used to go out several times a week and start the car and sit it and reminisce. 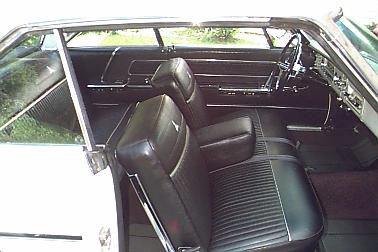 Car has NO rust. Not even a remote indicator of rust. Original everything. Only repairs have been to replace the carb, and do a new master cylinder. Everything else is stock. I will enclose the pix of the car for you to see. I took them tonight. Car needs a muffler and that is it....every single piece of trim is on the car. There are two places with extremely minor damage to the trim. The interior is actually nicer than the outside. It is flawless. I'm telling you, it's weird. 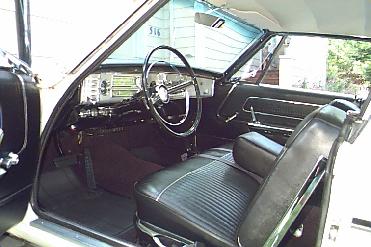 I am very excited about having this car. I have never seen an original car this clean. Oh sure, I have seen people restore cars to like new condition, I just have never seen one this old kept looking so new. It's spooky. She has every single piece of paper ever generated on this car. She has the original owners manual and operating instructions in the glove box. 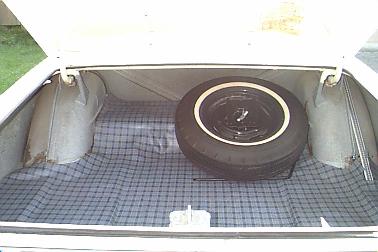 Since I bought the car I have done the following. New muffler, rebuilt carb, points, plugs, condenser, cap, rotor, wires, plugs, and all hoses replaced. Flushed radiator and changed all filters and oils. Waxed the...car, cleaned the insides and have partially tackled little [stuff] like cleaning the door jams etc...

Next project is to detail the engine compartment and the engine itself. Car runs wonderful. It is a little hard to get used to the rhythm of a V-8 again after having driven Honda's for so long. I keep thinking there is something wrong with the car because I can feel and hear the engine.

Here's every early 60's Mopar lover's fantasy: finding an original little ol' lady car. Waho! Thanks for sharing your find with us, Rich!