September 2014 Mopar of the Month 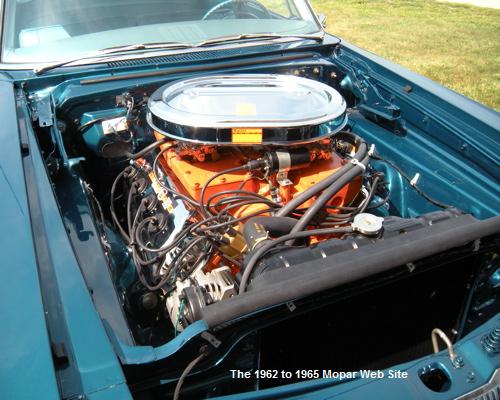 “That Thing Got A Hemi?”

When starting this project I knew I wanted to build a GEN-II Hemi Car but wasn’t sure which direction to take. A pure tribute car or Resto-Mod. After thinking about it for a while I decided to go Resto-Mod. The Dodge is not numbers matching and there were no recorded Hemi sedans built in 1964; all were hard tops.

This core was built in Michigan, made its way to North Carolina (which we confirmed during restoration by the red sand packed in the front frame rails), went back to Michigan, then to Pennsylvania and finally landed just outside of Columbus Ohio where it was used a trim donor car for another 1964 sedan.

Even though the 330 was only a rolling shell, it was an original 2 door sedan. These days, many of these cars started out as 4 door cars and are converted to 2 door cars. I began the search for panel and trim donor car; I finally found one in Bonsall, California, just north east of San Diego. It was a 4 door converted to a 2 door sedan with all the chrome, stainless and interior components present; although in rough shape.

I began the tear down and inventory of parts in August of 2012 and the Mopar you see here was finished in March of 2014.


The Dodge has been in only a couple car shows as of this date. Invariably, however, nearly everyone walking by the 330 will stop and take a second look. Seeing that Hemi tucked into a turquoise sedan definitely gets noticed. For those who stop and talk a bit, I always let them know: “I built this Mopar the way I did for my enjoyment and I hope they enjoyed taking a look too.”

Of course, the nice thing is, I get to drive the car home. 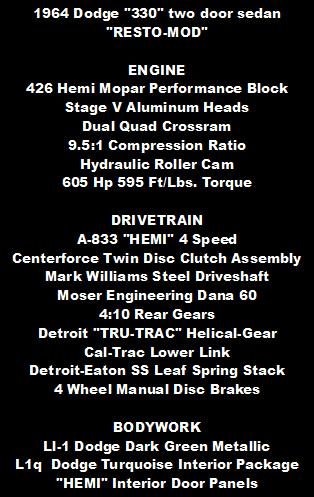 Your Dodge is a beautiful example of the classic stealth of the early B-Body Mopars, this time mated with 426 Hemi power. What’s not to like?