September 2001 Mopar of the Month

Gary, These pics are the "before". The car was in pretty bad shape except for the outer panels and frame rails. Right door window gone. The motor just barley run and would not pull itself. The floors had rotted out sometime back and had been covered over with another floor pan cut from another car which only added to the problem by trapping moisture between them. The previous owner said it had been sitting in a barn on its belly for 17 years. I can believe that as it had a distinct smell of cow duddie when I was scraping the crud off it. 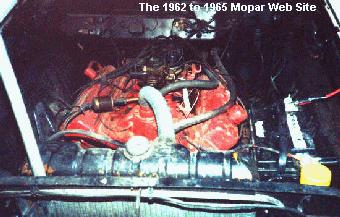 Floorboards before and after. I had to make the floors after a long search for replacements was negative. The underbody looks almost as good as the topside. Every nut, bolt and part was removed, clenaed or replaced throughout the car. 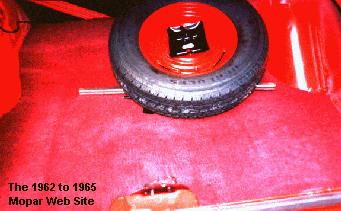 I cut and molded the trunk mat myself as no suitable replacement could be found. The spare and jack are all original 62. The shelf panel was reproduced by Dave Layson after many months of badgering him (this was his prototype) and is now for sale in various colors. Bless you Dave!!!


The engine is a 413 with a Max block, std bore, Racer Brown 484 lift cam, hydraulic lifters and more or less stock heads. The carbs are 3258 and 3259 AVS originals. Guesstimated HP should be around 385. Ignition is Petronix.

Update 2009: Red traded the Dart for a 1932 Dodge Pickup with a 1955 Hemi built by Southern California speed shop.