August 2015 Mopar of the Month 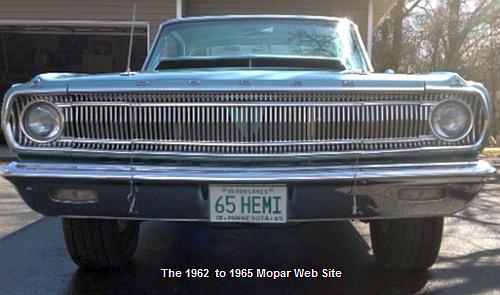 Kevin writes: I have always been a car guy (kid). I can remember riding with my parents in the 1960's picking out cars I liked and trying to memorize their key features and trim so I could tell exactly what they were long before most people could even tell there was a car coming. For some reason, the Mopars were my favorites. When I was finally old enough to get my license and drive - fate dealt me a triple black 1965 Dodge Coronet 500 with a 426 Street Wedge with a 4 speed and a bench seat. Times were challenging financially in the late 1970's for a kid working at the only grocery store in a rural Iowa town of 2,000 people. So, when I cracked a ring on one of the pistons, my Dad suggested that maybe I put the 426 on an engine stand and drop a 318 in the black beauty until I could afford the engine repair and the gas that I was consuming with the 426. In my teenaged wisdom, I said no and was happy to sell the car and get my initial $500 investment back.

The rest of the story as they say is history. I, of course never got over selling the Dodge. Fast forward about 15 years.... After getting married to my wife Michelle and having two children I started looking for what I could afford. Another Coronet, but it would have to be more entry level as we all know what started happing to the prices of these big block cars. In the spring of 1994 I found my current baby in the Omaha/Council Bluffs area. A 1965 Dodge Coronet 440 sporting a snappy 273 V8 with an automatic transmission. 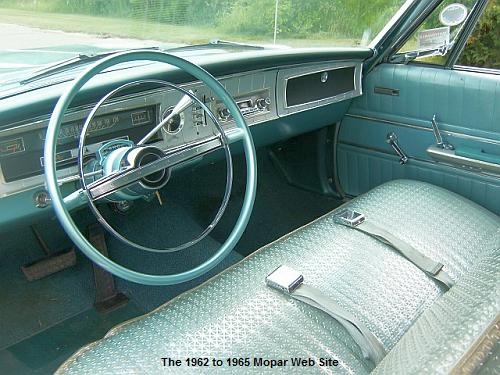 The Mopar was in unbelievable condition and only had 68,000 miles. The owner reported knowing the original owners and he stated he was the second. When I purchased it, the Dodge still had the original plastic bubble seat covers, the dealer plate on the rear, the certicard screwed into the glove box door and all three build sheets. With the help of my brother-in-law at the time, we gave the Coronet her first and only re-paint in 1995, staying with the KK paint code of medium-turquois.

21 years after my purchase of this Coronet, my Dad still gives me a bad time about the one I let get away.... Luckily I didn't do that with my wife as we've been happily married now for 31 years.

Now to the good stuff about the beauty who's really a beast that I have the pleasure of driving today. Over the 21 years, she went from a 273, to a 383HP and now the 5.7 R/T motor. The interior is original except for the carpet and the rear deck lid and the sill plates. Since I knew we'd use the car a lot as the kids were growing up, I also replaced the plastic bubble seat covers and installed seat belts in the rear. We have endless great memories in the car over the years and the seat covers still tempt everyone who walks by to stop and touch or at least explain to their kids that they remember having them in their parent's car when they were younger. They've kept the original seats in perfect condition.

I've always liked the box stock / sleeper look of these Mopars, so I did not want to mess with the looks too much other than adding a hood scoop. This past year I decided to finally upgrade the brakes to disc for safety reasons. That's where I met a friend of a friend who has now become a friend of mine. His name is Jason Ross and he is in the greater Minneapolis/St. Paul area as well. When I met Jason to discuss the brake conversion we began talking creatively about what the Dodge could be if I was willing to let him venture a little bit under the hood. He's done many conversions to modern technology, but had never done a mid-1960's Mopar. I think he wanted to do it as much to learn as anything else. It's been the better part of a yearlong process as he worked on the car nights and weekends after his real job, in addition to being a husband and a father. The Coronet now sports a 5.7 R/T motor, a new TCI 727, TTI headers w/electric cut-outs, a new steering column custom made to retain the original steering wheel etc., etc. 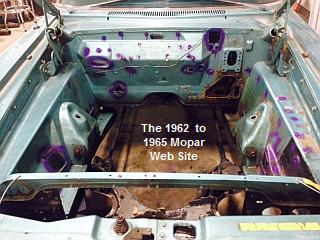 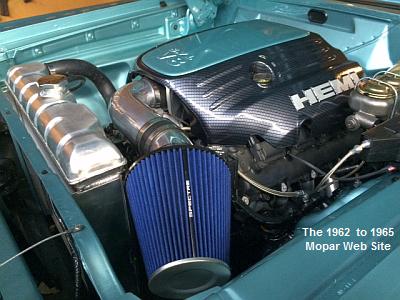 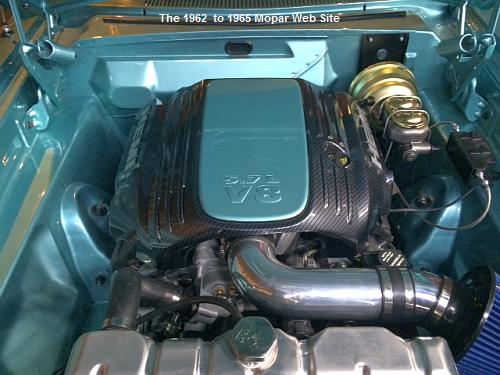 What I can tell you is that it is far more of a process than can be imagined as you plan it, but it's all been worth it. We drive the Dodge everywhere now as it is truly turn key.

I now have a pallet of 1965 specific parts, including the one year cable shift 727; if you have 1965 needs I may be able to help you out. And if you’re looking for more information on the conversion or work you might want to have done, Jason is definitely a contact you should make. 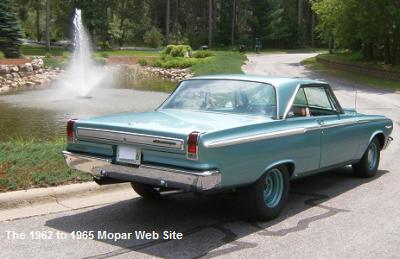 Apparently the transformation has been appreciated by others! The Dodge was awarded an Editor's Choice Award at the O'Reilly Auto Parts Street Machine Nationals, July 17-19, 2015 in St. Paul MN, with over 7,000 cars in attendance.

Lastly, I'd like to that Gary for hosting this web site all of these years. I found it by chance over 20 years ago and it's helped me network for parts and services I've needed over the years — not to mention make a few new friends.