Lyle writes: "Scarlett" came to me on October 21, 2013 from Alta Loma, CA. I had just retired and was looking for a hobby. My very supportive wife suggested looking for a car to putter around with, and I found "Scarlett" on the Internet in less than two weeks. 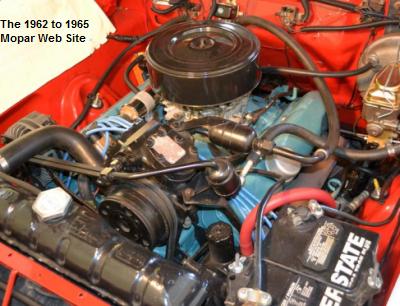 She was ordered by a Mr. Burnum Nelson. I was told he worked for NASA and restored World War II War Birds as a hobby. The car was shipped to Hart Fullerton Chrysler-Plymouth in Los Angeles, CA on May 7, 1963. The "Certicard" still rests in the glove box card holder.

I bought her from a guy who claims to be only the second owner, and was a friend of, and mechanic for Mr. Nelson for 25 years.

As a 16 year old, I got my Driver’s License in a red 1963 Plymouth Belvedere two door Hardtop with a 318 Poly and TorqueFlite Pushbutton Automatic. I flogged that car without mercy. The Belvedere carried me to dates and the Drive-In, then to and from college, to my first wedding, and carried my daughter home from the hospital, for over 15 years and hundreds of thousands of miles. I lost the Belvedere in a divorce; the Mopar was still running every day.

"Scarlett" arrived in great shape for 50 years old, and bone stock. She shows 95K on the clock and went straight to the transmission shop for a rebuild.

Since then, American Racing 17 inch rims and all new "Firm Feel" front end components, including poly bushings everywhere, tubular upper control arms, and a "Firm Feel" level 2 steering box have been added, along with new torsion bars. Front brakes were converted to Master Power Discs. "Scarlett" came from the factory with a 383 "Golden Commando" engine, dual exhaust, and "SureGrip" 3.23:1 differential. To show off the "Golden Commando," a little "bling" has been added. 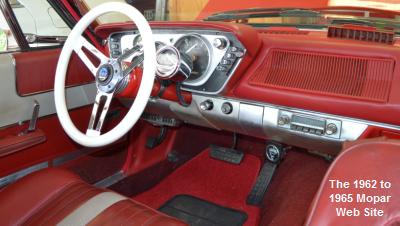 "Scarlett" came off the assembly line a proud testament to what most of us in the 1962 to 1965 Mopar Mail List would call Chrysler Corporation’s Golden Era. 50 years later I like to think we’re still going strong!