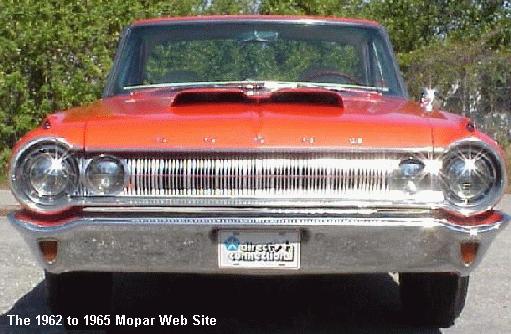 I have had the car since 1989. When I purchased it, it was a race car with a poorly made full cage and was pretty rough on the outside. It suffered from the typical rust problem on the left cowl and floor boards. I repaired the wiper support and floor boards and replaced the cowl with one from a 1965 Coronet, (all before Year One started offering replacement parts). The car has been in its present configuration since January, 1990.

It has a moderately built 30 over 440, with closed chamber heads ported and fitted with 2.14 intake and 1.81 exhaust and 9:1 compression. 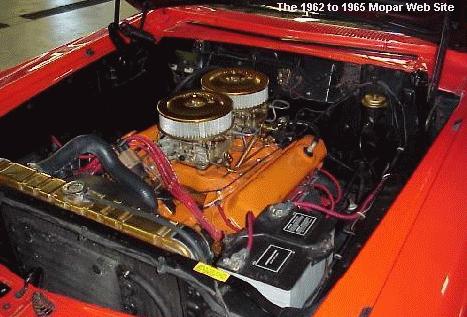 The Trans is a 727 (not push button) and the original rear had a 3.23 gear. The car started out with a "A" 318, 3 spd. The clutch pedal is still in the car just in case I get tired of the automatic. I have L60 rear tires snugged in the wheel wells (tightly, I might add) on American 200s wheels.

I attended and won a few shows when I lived in Laurel, Md. I now live in Southwest Florida and it is hard to find a lot of Mopar people down here. The paint is a Sikkens Special Effects color called Lipps Red Pearl. It gets a lot of attention at the shows.

I just recently did some engine and drivetrain work. The car now has a 509 purple shaft hyd. cam and a Sure Grip w/4.10 Richmond gears in the rear. Much better!!!!

Gary, you have a great web page !! 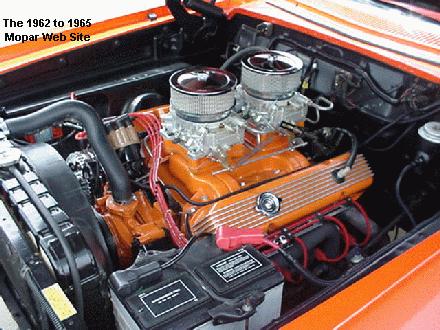 Rich writes: I have done some under hood changes. Here is the new image!

p/s still the best Mopar page on the WEB !!!!!!!!!!!!!
Thanks Rick. I've said this before, but it is fine Mopars like yours that make this web site too much fun!

Great job on the engine update!

Again, thanks for sharing your fine ride with us!
Gary H.