I have now taken delivery of my 1962 Dart from the body shop.... It was bought new in Newark, OH and appears to have been last registered in '68 in that state. I bought it in Australia in '91 from an importer and then stored it until last year when I had saved the money to start the restoration.

I checked the compression yesterday and found it was still between 130 & 150 psi so that is good news. The speedo shows 56,000 miles and the (original) upholstery is still in very good condition so I am guessing this is still first time around the clock. The original radio is still in it and sounds great. 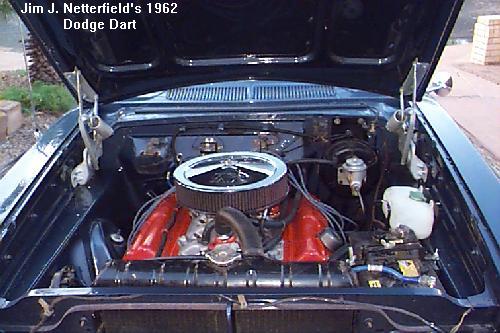 It is a 4 door 440 hardtop, c/w 318 poly & Torqflite painted the original dark metallic blue with blue interior. I love it! I am warming it slightly with a Holley 4 barrel on a Weiand manifold. Dual exhaust to follow shortly. I am still struggling to get it to work right but I have experienced great performance from a '62 318 poly in the past with a Holley 500 #4412 so I'm hopeful I can get that "snap" into it. Just more excuse to fiddle with it.

The reason I chose the '62 is because of its uniqueness. Everyone who sees it thinks it's great. This particular (hardtop) car would be the only one of its type in Australia. There were a few '62 4 door sedans in 440 trim sold in right hand drive (RHD) format as Dodge Phoenix (I have owned two, so you can see this model gets me), but no hardtops. 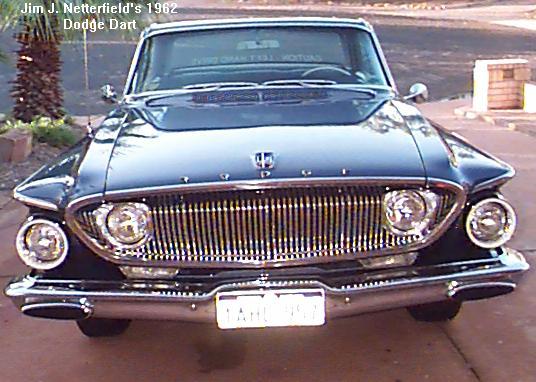 I am aware of one '62 Polara convertible in Australia (converted to RHD). I've kept mine LHD for originality and to avoid the conversion costs.


Jim, congratulations on owning one of the most unique Dodge models ever made. Even 100% Mopar fans hate or love 1962 Dodge B Body styling. Personally, I think '62 Dodge Darts are great, and I can only imagine the reaction you get crusin' the Australian highways! 8-)
Gary H.