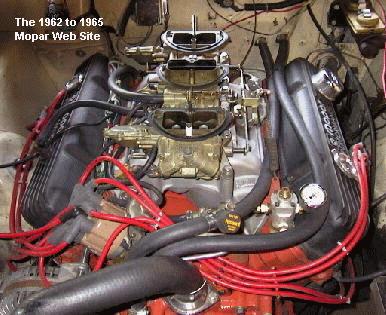 A four speed with a 3.55 Sure Grip completes the driveline.

The bench interior was replaced with the complete interior from a well preserved '500' donor car.

At the time I put the car on the street,the only pushbutton delete plate I had on hand was from a '64 Fury, so I went with the Canadian look! 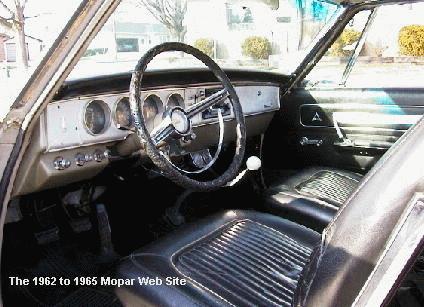 I haven't done anything to the body or paint yet.

The only exterior change was the hood. I couldn't see scrapping a rusty Polara hood or the Barracuda hood, so I put them together for a little bit of a different look. 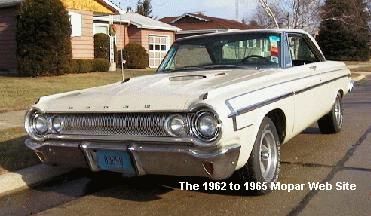 I got tired of being one of three identical cars down to ram charger scoop that shows up at the weekly cruise-ins.

This Winter I have started to do some work on the interior. I'm in the process of recarpeting the console and hopefully have the front buckets recovered before Spring.

Hopefully, this Summer will just involve some fine-tuning and a lot of cruising!

I can't recall recently seeing three 1964 Dodges show up at a local car cruise, not to mention three with Ramcharger style hoods! Obviously, there is exceptionally good taste in Mopars in your part of the world. :-)

You have done a great job with the car.

I'm sure your upcoming Summer driving will no doubt bring smiles to all who see this Polara! Except for those who only see the Dodge's tail lights, that is. :-)