This month's Mopar of the Month is a tribute to the process many of us struggle so long to achieve: getting a project car beyond the project stage! You see, Bob's 1964 started its listing on the 1962 to 1965 Mopar Web Site as a Works in Progress vehicle.

In this season of good cheer and remberance of what is important in our lives, let us all hope that our projects turn out as well. :-)

The car is a 1964 Plymouth Sport Fury by the VIN numbers, although it wears Belvedere side trim.

I work for the FAA in NJ doing air traffic control system engineering and back in 1996, I was asked if I would be willing to move from NJ to California's Silicon Valley to work for a year with NASA on an Air Traffic Control system prototype they were developing. After some convincing of the wife, she agreed it would be a great opportunity. Upon arriving there in January, 1997, I quickly realized that this was a car guy's paradise. There were a lot more old cars on the road than I was used to.

I had left behind my 1966 Chrysler project and was feeling the need for a toy before long. One day in February, I called about an ad I saw for a 1963 Plymouth Sport Fury (I had always liked the look of the early B-bodies).

When I arrived at the guy's house to look at it, I realized it was a 1964; the guy said "yea, I've had people tell me that". Well, I bought it along with two 440's the guy had sitting in his garage. The 440 in it ran pretty well and I proceeded to enjoy it for the rest of my year long tenure in CA after which I towed it across the country home behind a Ryder truck loaded with all the stuff we had brought out (and the two extra 440s).

When I got home, it wasn't long before I started to think about restoring it, those thoughts quickly turned to restoring/racing it. So the long process began. I worked on the car from early 1998 until September, 1999, (as if it is ever finished). 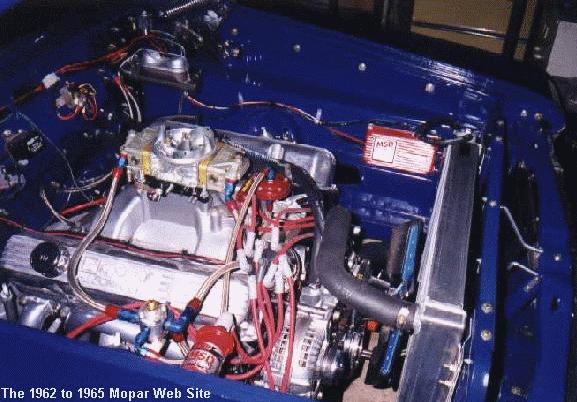 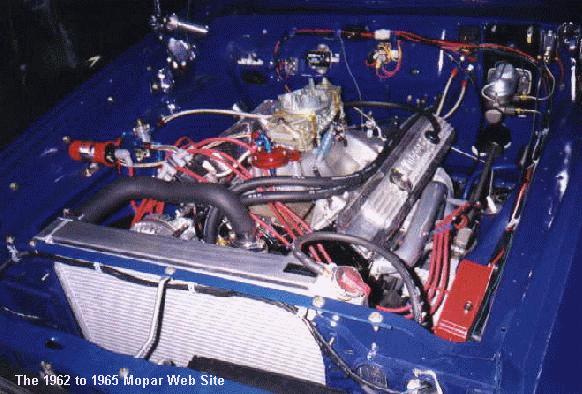 Believe it or not, the paint job is the only thing I did not redo: 15 years old and it still looks pretty darn presentable. I disassembled the whole car inside and out, scraped all the old undercoating off the bottom (a very enjoyable job, I do not recommend it to the faint at heart), sandblasted the whole underside and engine compartment and had a friend spray a remarkably good color match. This friend (Bob Dyer of Dyer Enterprises in Alloway, NJ) also convinced me of the merits of powdercoating, I soon purchased an Eastwood powdercoating kit and began to coat anything I could get my hands on. I did have to have a couple of the larger pieces (K-frame, Rear Housing) profesionally done but most everything else I did myself. By the way, those Eastwood systems are great, after screwing up a couple pieces I quickly mastered it and would recommend it to anyone performing a resto.

Since the car was from California, I didn't have any rust to correct, but there were some interesting things done to the car prior to my ownership. For instance, it had been retrofitted with a late model heating system for some reason, including hacking a hole in the firewall for the blower motor to stick through! The car had apparently had about 100 different seats mounted in it, 'cause I had to weld up about that many holes in the floor. 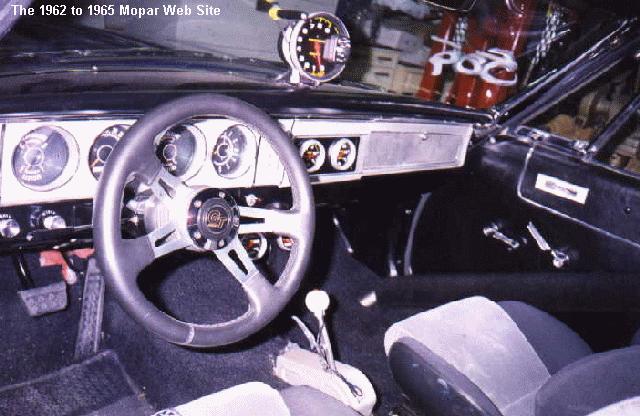 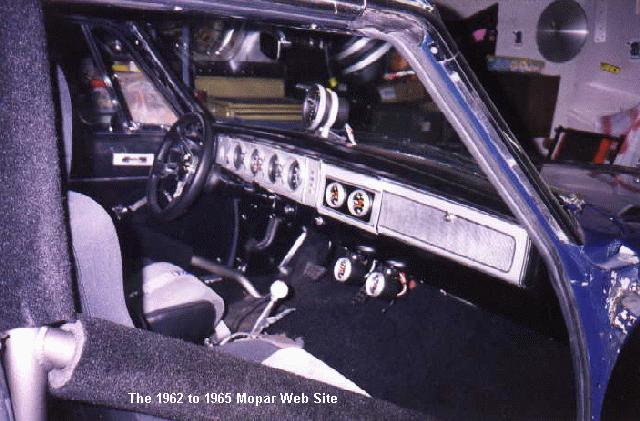 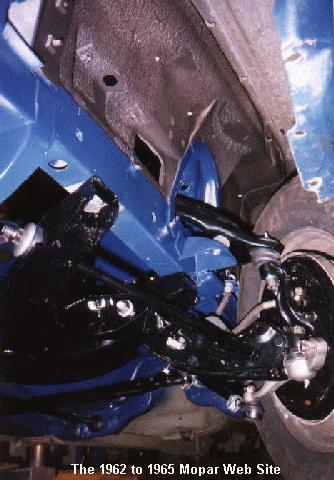 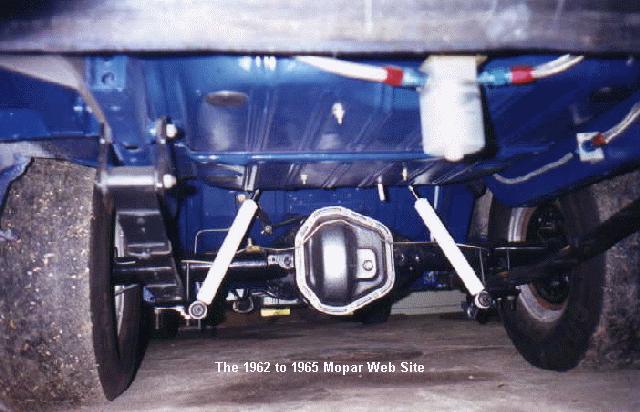 Parts to complete the car came from all different sources: Dyer had a complete heater system as well as many other miscellaneous parts necessary; Honda Civic bucket seats served my purpose well from the local boneyard; a roadtrip to Pittsburg netted a B-body Dana rear, the 1962 to 1965 Mopar Web site supplied me with a few sources; and Summit Racing/Jegs provided most of the performance goodies. The roll cage, rear suspension setup and a few other miscellaneous things were performed by Dyer Enterprises and the machine work and engine assembly were masterfully done by another good friend, Rich Sayell of R&R Machine in Vineland, NJ. They still make fun of my excitement the first day we fired it up! 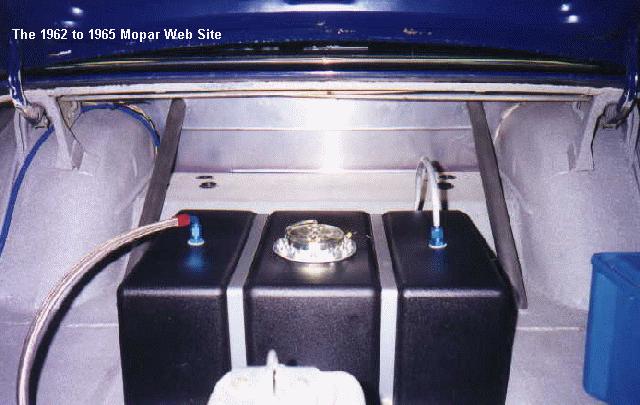 I couldn't be happier with the results as I have taken it to the track 4 times now running a best of 12.21 @111mph. Later in the winter I hope to put an exhaust system on it (pitty, it sounds so good open) so I can put it on the street in the spring. I have to run aviation fuel in it so I don't suppose I'll be comuting to work too often but I do look forward to the looks I'll get while cruising!