December 2011 Mopar of the Month

A seasoned 1964 block was bored .090 over spinning a Callies Dragon Slayer 3.58 stroker crank to make 359 cu.in. Crower rods pushing CP forged aluminum pistons making 9.5 cr, a Racer Brown ST-14 flat tappet cam is working the larger REV valves. A Weiand intake brings it into the ported heads and out through TTI headers and 3 inch Max Wedge exhaust. The spark is handled by a Mallory 57 breakerless magnetic distributor. A day on the dyno and this package made 392 hp @5700, and 392 tq @4200. 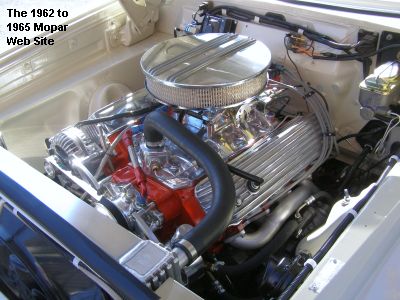 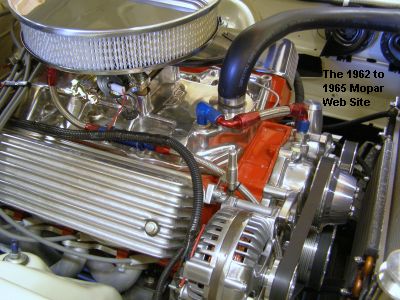 I have had many Mopars in my stable over the years but this Poly stroker is just plain different than anything I have owned. In fact, the 318 Poly is the first small block engine I have owned. I have never had a LA wedge. All my B/RB wedge engines were unique in some way. I continue that trend with the Poly.

The Poly engine comes alive when you start it, step on the gas and the converter brings you to 2400, push the pedal down and that’s where it is different. With my other engines you hear the carbs open up and that big pull of power going through the gears. With the Poly it feels like it’s at full power instantly and the car has to catch up to the engine. The sound has a little to do with the clouding of thought, pedal down watching the road, while glued to the tach, pushing the next button causing an uncontrollable smile. Parked next to my 1963 Plymouth Sport Fury Max Wedge tribute car all you could hear was the Poly.

I now see what my engine builder was planning, a 4 inch bore / 3.60 inch stroke being the best rotating combination. He did it with a 3.58 inch stroke and the blueprinting did the rest. The torque converter, rear gear, matching the cam’s profile allows this engine’s torque curve to move 3600 lbs at any RPM range. Horsepower is for bragging rights, a good flat torque line through the RPM range made this project successful.

Driveshaft Specialist said this design worked best for several reasons. First the spline unit is heavier than the flange unit. By placing the spline at the rear it reduces the weight at the tail shaft. Aluminum tailshafts do not like weight and tend to crack, this being the major reason. Second there is less strain on the tailshaft with the spline taking the movement at the rear with the rearend housing moving up and down with the suspension. I believe this driveshaft is rated to 600 horsepower.
SPECS: Performer, #3.083BT, Performer Series Driveshaft. Including machine work, welding and High Speed Balancing with Spicer XL-Extreme Life Universal U-Joints. 4.0 inch OD Flange with 7260 pinion. $365.00 plus shipping. [2013 price]

“Power to the Poly!” Perfect! A great 1963 Plymouth Fury and “dare to be different” Mopar!