November 2015 Mopar of the Month 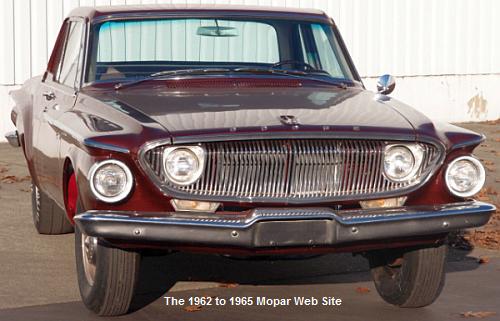 Andrew writes: Almost twenty years ago there was a 1962 Plymouth Fury that would drive by my house just enough to catch my eye but never enough for me to catch the driver's attention and get him to stop. I would wait out front after work around commuting time and hope the Plymouth would drive by; never got the chance. Then one day a friend of mine sees an ad for a 1962 Plymouth in the "little nickel" want ads [Nickel Publications, now owned by Sound Publishing] and it is advertised as being in town. So I give him a call and sure enough it is the same car.

Once I bought the Plymouth I drove the Mopar for a few months before I dove into the full restoration. I stripped the Fury down to bare metal and spent almost nine grand on body work and paint, three on the interior and eight and some change on the drive train. With work, travel, relocating for work and moving back again I'd say it took about twelve years to get that Fury all back together and running down the road.

Now I bet you are wondering why I'm talking about a Fury when you're looking at pictures of a Dart. I'll tell you. I wrecked the Fury. I made a bad decision at the right time and rolled it into a ditch. Totaled!

Insurance came out and cut me a check and that was the end of my Fury. After the shock of the whole ordeal started to wane, depression set in. Sure, I was able to buy it back from the insurance company, but now what?

While I was searching for a Plymouth donor I got wind of this 1962 Dart. It seems the Dart was last registered in the late nineteen nineties and had been going from garage to garage ever since. The guy I bought it from had already painted it embassy red and had the headliner in and seats recovered in cocoa. A few bits and pieces of chrome had been installed, but the rest was in boxes. Perfect. I brought the Dart home and immediately sent the door panels off to SMS knowing it would be the last piece in getting the Dart puzzle back together.

And there you have it. All stock interior except for the oil pressure gauge. Mildly built 440. Cope Racing Transmissions built “super street” 727 and 3.55 SureGrip out back. Being that I had most, if not all the missing bits either on the Fury or on the shelf it took me no time to get the Dart up and running. I was able to beat SMS's turn around time by six months, easy.

This Mopar is so much fun to drive but alas I still miss my Plymouth. So the Dart is currently for sale because I have another 1962 Plymouth already waiting in the wings. 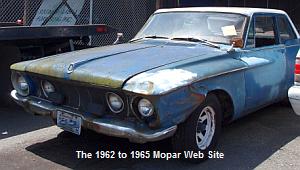 I swear it has got to do with Murphy's Law. Not too long after I finished up the Dart I was taking a little afternoon break from yard work or something. Sat down and typed in “Fury” and nothing I hadn't seen already popped up. Typed in “Belvedere,” nothing. So I typed in “Savoy” and “ka-ching!” there was a recent post, not more than an hour old, and the map showed the Savoy being about five miles from my house. A tow yard had just hauled the Savoy in and thankfully one of the drivers was keen enough to list the Plymouth rather than scrap the car. Jumped in the truck, stopped by the bank on the way and now the Savoy sits in the back yard till I can sell the Dart and make room in the garage. The Plymouth needs floors and some rocker work but the trunk is solid and I have extra everything even after putting the Dart back together. Should be a fairly quick resto! (Famous last words, huh?)