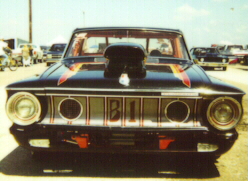 I spotted this great Plymouth at the Houston Mopar Show and Race on September 27, 1998. I spoke very briefly with the owner -- he had just returned from mid 9 second run! -- and he was hot and getting out of his protective clothing and did not have time to talk much. 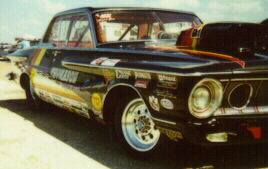 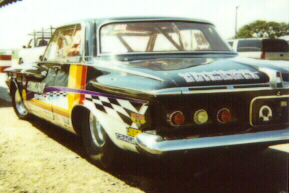 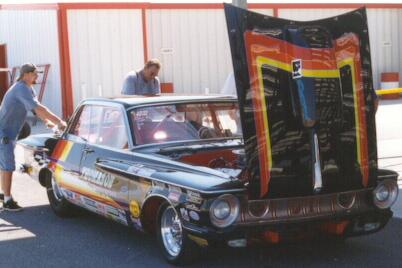 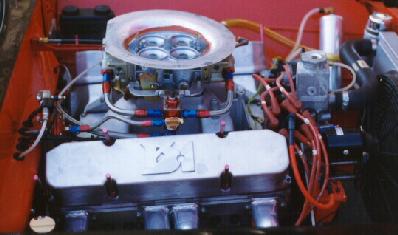 I remember the owner saying the car has a big block wedge, in the 500 cubic inch range, and started out as a 361 car. He has owned the Plymouth since 1965. I was so excited with the car I forgot to get his name!

I received a nice e-mail from the owner clarifying the status of the 1962.

The engine you saw was a 511 Indy aluminum block w b-1 bs Koffel heads. Koffel's place dyno'ed it at 762 hp. The trans I use is a Bruno unit, this is a converter driven 2 speed Lenco which I still manually shift.

The car was all steel in the photos you took, I got it down to 2650 lbs. The paint and graphics wre done by Peveto's in Bridge City Tx. The interior sheet metal was done by Howells sheet metal in Nederland Tx. Chassis fab work was by Raymond Singletary in Port Neches Tx.

The new stuff for this year includes fiberglass pull off front end, deck lid, bumpers. I have the doors but haven't got them ready yet. Also a NEW 550 C.I.-962 HP B1 BULLET. Its not in the car yet though, I plan to install it in June after all the div.4 pts races.