October 2015 Mopar of the Month

Jim writes: My 1963 Plymouth Savoy Max Wedge was ordered 1-18-1963, built about 2-2-1963, and shipped 2-4-1963 to Milne Brothers Plymouth Center, Pasadena, CA (price: $2,995.50), then later transferred to Al Roberts Plymouth Center, Garden Grove, CA. Ownership was traced to 1963 where the Plymouth was tuned at Hayden Profitt's race shop and then Fred Sanders, employee of Al Roberts, took ownership and drag raced the Mopar under Wild Wild Wedge from 1963 to approximately 1969 winning Mr. Eliminator in 1965 at Carlsbad, CA running 11.88 @ 120mph defeating Glen Tyree in a Pontiac.

Click on above image for larger view, then on the image again.

During 1965-1966 Fred Sanders in the Savoy beat Mike Schmidt's factory-backed Ford every time they raced, Schmidt was the 1964 NHRA World Champion in Jr. Stock and 1965 NHRA Springnationals champion in Top Stock.

The Mopar won Top Stock Eliminator at several tracks and on numerous occasions in the 1965-1966 period. In 1967, the Savoy won the Hot Rod Magazine Championships (HRMC) in SS/CA. In 1968, the Plymouth won HRMC in SS/DA on 9 inch tires. In the 1969 HRMC at Riverside, CA, the Max Wedge was the fastest car in A/SA, running 12.00's on 7 inch tires. From 1969-71, the Mopar was raced by Andy Bodewin under Mr. Wedge winning the Winternationals in A/SA.

More images of the photos framed on the garage wall.

Galen Govier and Darrell Davis have documented the Savoy, which was a Barrett Jackson special invitation display car and in the Patrick McGroeder collection in Phoenix, AZ. The Mopar was also featured in these publications:

The Savoy currently has 6,554 miles on the odometer, 22 of those put on since 1973. The Savoy had a hard life in the early years...and a long and easy retirement. 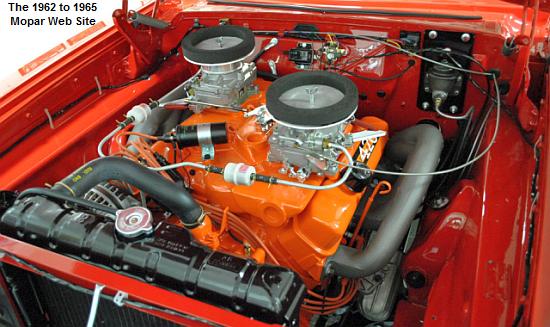 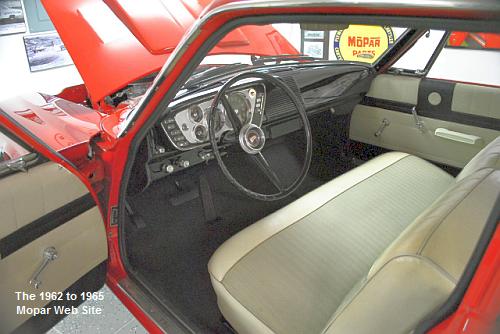 The Plymouth was completely restored in 2014 by Darin Rumpel of Darin's Automotive and painted factory single stage PP1 by Barry Galotti (not sure of spelling), both in the Minneapolis area. Mainly everything on the Savoy was kept original except plug wires, carburetor linkage, air horns, and rubber mat, which are period correct and added along the way.

I have wanted an original Max Wedge HC car for some time and the aluminum package was a bonus. What an incredible ride, it's like trying to control a stallion from 1963! And the 13.5-1 compression starts with incredible force and instant acceleration. This Plymouth is an amazing car.

It has been a pleasure and a labor of love collecting all the facts for this car. A very special THANKS goes to Denny Sanders, Andy Bodewin and Bill Riddick for sharing history and race photos of this special Plymouth. And also to the 1962 to 1965 Mopar Web Site and Gary H. for help with leads and providing the medium to stitch the Plymouth's facts together.